Will brands master equality in their 2018 campaigns?

We live in an age of equality, or at least it’s easy to believe that until another big business makes an inappropriate ad or a campaign blunder. All too often businesses in the public realm are getting their messages very wrong, without considering the implications for different races, genders and minorities.

These slogans, adverts and generally poor content may have been unintentionally derogatory or offensive, but they came from well-established brands who spend tens of thousands each year on PR and marketing. However, their lack of clear strategy or vetting processes and failure to look at the bigger picture has not only offended potential customers, it’s caused a loss of reputation and potentially had a negative impact on sales for the companies involved.

From a business perspective

Not forgetting the distress these poorly thought out messages can cause for viewers, there are obvious implications for the businesses involved. The fact that mainstream companies are still making these kind of mistakes means that they don’t have the right processes in place to properly screen their content.

Messages must be looked at from every angle and written in a way that cannot be negatively construed. While global compliance might seem like the remit of government agencies, it’s clear that incorporating this kind of scrutiny into content strategies is of the utmost importance for a brand’s reputation and continued success.

The pervasive use of social media means that people have the ability to share mistakes quickly, globally and to great detriment. This isn’t only true of ads shared on social, however, as anything placed online or offline is quick and easy to copy and paste or upload to a social feed, and can be far-reaching even if a company acts to remove the offending material quickly. Mainstream media also commonly uses social as a source for their breaking news, further spreading, and sometimes sensationalising, the inappropriate content.

This kind of bad news can cause offence and a lack of faith in brands that have failed to see the bigger picture. It can also lead to doubt over whether these messages were left to reach the public realm intentionally. Either way, the cases below show how content and ad slip-ups can lead to backlash, loss of collaborations and ultimately fewer customers.

A case in point: H&M

One of the latest, high profile marketing faux pas happened at the start of 2018, when H&M posted a photo of a little black boy on their website in a jumper that said ‘Coolest monkey in the jungle’. The fact that this jumper was allowed to be photographed on a black boy, while other clothes in the same category were pictured on white boys, shows the negligence of H&M art directors and website managers.

So the black kid gets to wear the H&M sweater with “Coolest monkey in the jungle” and the white kid with “Survival expert”. This is beyond disgusting. It’s a projection of your neocolonial thinking. You won’t see me anywhere near your shops these days @hm. pic.twitter.com/Gl7OtdVw4p

Causing uproar across the globe, American rappers The Weeknd and G-Eazy both cancelled their partnerships with the brand following the incident. G-Eazy said on his Instagram feed, “Whether an oblivious oversight or not, it’s truly sad and disturbing that in 2018, something so racially and culturally insensitive could pass by the eyes of so many (stylist, photographer, creative and marketing teams) and be deemed acceptable.”

H&M reacted by immediately removing the image of the boy from their website, taking the jumpers off sale and promising to recycle them. After apologising publicly, the company posted on its Facebook page that “the recent incident was entirely unintentional”, but “demonstrates so clearly how big our responsibility is as a global brand.” They seem to have learned something from their mistake and don’t wish for a repeat, as they’ve recently hired a diversity leader.

A case in point: Dove

In October 2017 Dove produced a 3-second video advert on US Facebook in which a black woman uses their body lotion and removes her T-shirt to become a white woman. The fact that this ad was placed directly on Facebook should have led Dove to think carefully about the potential implications and very immediate ramifications that could occur.

What added fuel to the fire for Dove is that it wasn’t the first time they’ve made this kind of mistake. Back in 2011 Dove produced a before-and-after advert that could be deemed to chart the transition of a black woman to a white woman having used their body wash. What Dove said was that all three women photographed were meant to demonstrate the beautifying after-effects of the body wash. But as they weren’t thorough in their content control processes, either message could be interpreted depending on your viewpoint. 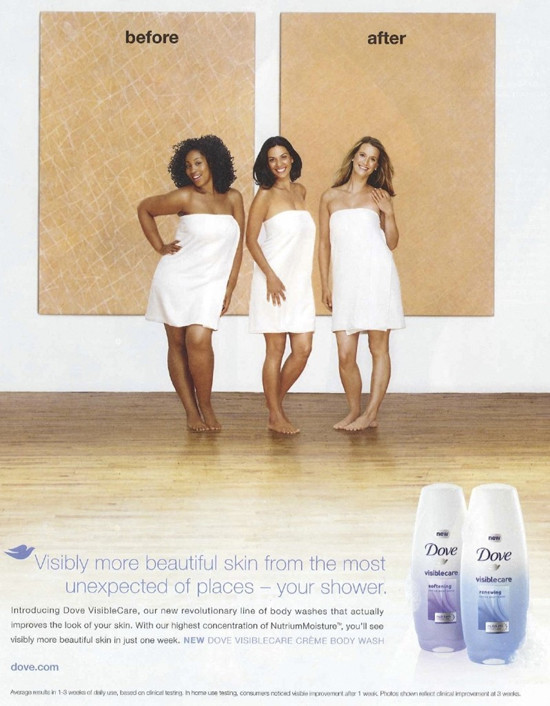 Following Dove’s latest blunder, American makeup artist, Naythemua, shared the ad on Facebook, saying Dove’s marketing team should have known better and that “the tone deafness in these companies makes no sense”. Following the removal of the advert, Dove, which is owned by global conglomerate Unilever, tweeted: “An image we recently posted on Facebook missed the mark in representing women of colour thoughtfully. We deeply regret the offence it caused.”

A case in point: Co-op

Co-op’s national newspaper advert from April 2017 was supposed to promote buying an Easter egg as a treat for someone. Instead, the ad was construed as sexist, using the tagline “Be a good egg. Treat your daughter for doing the washing up.” The irony of it is that the advert was for a Fairtrade Easter egg, and one of Fairtrade’s principles is gender equality.

It was revealed in July of 2017 that the Advertising Standards Authority (ASA) is to extend its remit to include the scrutiny and challenging of male and female stereotyping. This should act as a greater incentive to advertisers to vet their content before they publish it.

It’s clear that having a structured content strategy and incorporating due diligence can help your business to prevent potential inequality pitfalls. In answer to the question ‘Will brands master equality in their 2018 campaigns?’, some brands are certainly doing more than others to avoid offensive content in the first place as well as rectify their mistakes.

What definitely is true is that those who ignore their obligations to their audience run the risk of losing custom very quickly. With the ASA stepping up its game, the hope is that equality in advertising campaigns will be reached in 2018 – but there is a little way to go yet.

For help with formulating a water-tight content marketing strategy get in touch today.