The chance to tell your story is essential for the charity and non-profit sector, and our specialised copywriting service is perfectly placed to help. Woo has the writers with the right skills to attract interest and investment into your cause.

£500 minimum order value. Cost per word may be more than the published rates and is subject to Woo reviewing the brief.
Sign up now

The right charity content marketing brings in three times as many leads as paid advertising, so it’s not an avenue that should ever be overlooked. The future of your non-profit cause relies on finding donors and that’s where our expertise is vital. We know that every penny counts, so we ensure our content will resonate with your audience, creating charity copy that makes a difference.

There’s a special skill to courting and keeping the interest of donors and investors, as well as supporting other fundraising efforts. As a charity copywriting agency, we can provide you with all the assistance you need for compelling results, leaving you free to focus on the other aspects of running the organisation.

At Woo, we are experts at creating copy for all sectors of the charity and non-profit industry, including:

At Woo, we take time to understand your business, audience personas and commercial goals. This enables us to produce charity copywriting that’s on tone while being focused on generating clicks, likes and shares.
So, whether you’re creating charity & non-profit copy for SEO, articles or fundraising campaigns, we understand how to deliver high-quality charities & non-profit copywriting tailored for people and search.

Our approach
Woo uses a cloud-based platform to deliver content at speed and scale, on time and on budget. While every client is different, we have a tried-and-tested process for content production, where we plan, brief, create, edit and publish content direct to your CMS, all from one place. This approach streamlines delivery.

No matter which type of agency copywriting services you’re after, we’re here to help. We write email marketing content, blog posts, and press releases, to name but a few.

Some of the popular formats of content we can produce for you include:

Stories are the most powerful form of communication, and as a charity, you’ll want to tell people who you are, how you came into being, and why it matters. We’ll craft your compelling narrative that breathes life into your cause.

A good donation landing page has the potential to influence almost every visitor, yet many charities and not-for-profit organisations overlook this. Our SEO optimised landing pages will outline your funding goals and articulately outline your mission statement.

Maybe it’s an update on what’s been happening lately or an in-depth feature on how money is being spent – whatever the nature, our articles are SEO optimised and packed with useful information.

As a charity, you’ll know that building awareness over a sustained period of time is essential. We will help create evergreen content that retains relevance over time. From ‘How-to’ guides to FAQs, we will give your audience the answers they are looking for.

We’ve written award-winning press releases that garnered the attention of both national and international press. Our team of writers know how to writer articles that attract media attention to your cause.

Don’t let your mail-outs go straight in the recycling. We’ll give you attention-grabbing content that people can’t help but read.

We’ve all experienced how some of the big household names in charity use hard-hitting subject matters and psychology to grab our attention.

In fact, as of September 2017 there were over 167,000 charities in the UK, each wanting to get their voices heard.

We explore charity copywriting methods including active voice, building connections and powerful call to actions (CTAs) in order to convert readers to donators. And, how excellent copywriting can inform and even save lives, while at the same time nudging readers towards allegiance with the charity and raising money.

How UNICEF leveraged its social influence

In 2013, the Swedish branch of UNICEF used a somewhat controversial message to encourage its large social media following to take action and donate. Its ‘Likes don’t save lives’ campaign highlighted the rise of ‘slacktivism’, saying ‘Like us on Facebook, and we will vaccinate zero children against polio.’

As well as these adverts, four video ads were also distributed through social media. One of the most powerful was a direct address to the camera from a 10-year-old orphan. The clever copywriting in the script used a sarcastic tone to get people thinking, with the boy saying:

“Sometimes I worry that I will get sick, like my mom got sick. But I think everything will be alright. Today, Unicef Sweden has 177,000 likes on Facebook.”

The result of UNICEF’s application of impactful psychological wording was a huge increase in donations. In fact the money raised was enough to vaccinate 637,324 people against polio. Likes alone can’t fund UNICEF’s work, but leveraging those likes with smart copywriting can.

Oxfam asks the underdogs to work together

The tagline of Oxfam’s ‘Even it up’ advert portrays an injustice that the everyday person can relate to, brought in the form of a heavyweight statistic:

‘The world’s 85 richest people own the same wealth as the 3.5 billion poorest people.’

This statistic draws on the readers’ knowledge of the wealth disparity in the UK – much touted in the press – while also putting it into perspective. That’s because the image portrays a child in a third world country wearing whatever clothes he can find, who is far worse off than the average Brit.

Readers are encouraged to visit Oxfam’s website through use of the inclusive wording ‘together, we can end extreme equality’ and ‘join us at www.oxfam.org.uk/even’. Once there, you’re asked to sign a petition that’ll be sent to world leaders, through the use of further astute copywriting.

After explaining Oxfam’s belief ‘that everyone should have a fair say, pay their fair share of tax, have equal access to good healthcare and education, and decent wages.’ The final CTA is a question that again signifies working together and implies that everyone else will be signing the petition: ‘The world is ready to act, are you? It’s time to Even it up!’

For the fourth year of the RNLI’s ‘Respect the Water’ national drowning prevention campaign, the charity has launched cinema and radio ads, as well as cleverly worded and laid-out social ads that engage on a number of levels.

One of the slogans used in RNLI’s social media ads is:

This succinctly and directly explains what to do if you fall in cold water. The wording shows how a simple action has a profound effect. 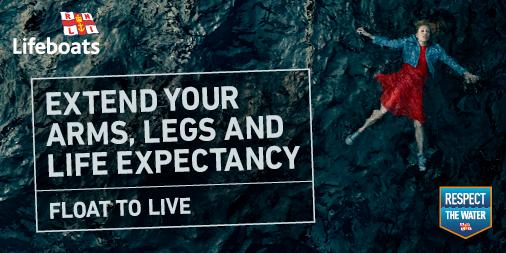 87 people are talking about this

Another tweet uses the acronym F.L.O.A.T. to give full instruction on what to do, in an easy to remember way. 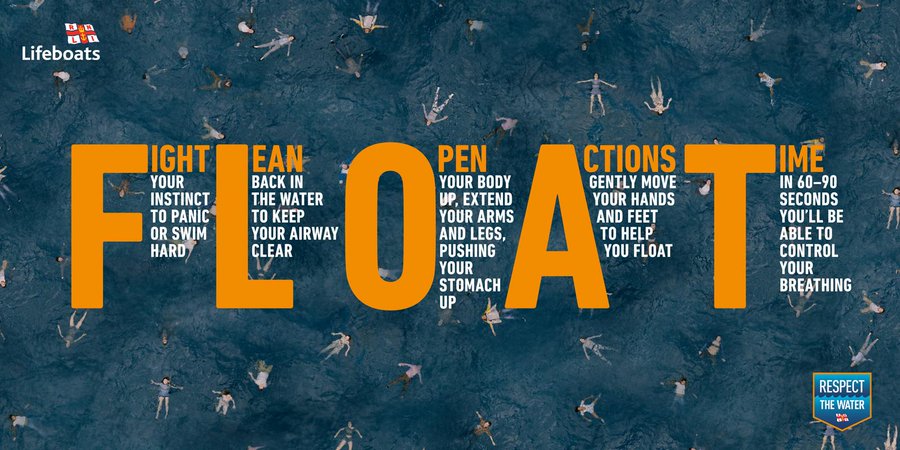 70 people are talking about this

Using the overarching message ‘Float to live’, the copywriting primarily has the aim of informing and saving lives, rather than actively encouraging donations. However the ads promote understanding of the good work that the RNLI does, encourage social engagement through the hashtag #RespectTheWater and direct people to their website, where they can learn more and potentially donate.

The Respect The Water webpages contain videos, challenges and expert opinion, ending in the CTA ‘hear about our lifesaving work, keep in touch’. And when people hit keep in touch the orange donate button is looming in the top right.

Leaving legacies to The Donkey Sanctuary

In 2013 The Guardian released data on the top 1,000 charities in the UK ranked by donations received; and there were some surprising rankings. In fact, the Donkey Sanctuary received more donations than The Samaritans, which was due in large part to legacies.

So we took a look at the legacy pages on their website to see how they were encouraging people to leave money to the charity in their wills. Leaving a legacy is one of the four main ways of giving to The Donkey Sanctuary provided on their ‘ways to help’ page, in addition to various forms of donation. Incidentally, we also liked the way that the section was called ‘ways to help’, which is a far less pushy title than simply ‘donate’.

Headed with the words ‘Leave a lasting gift’, the main legacy page encourages action in a traditionally effective way – by flattering readers. It says:

So here’s to those who change the world.

The selfless devoted ones, the compassionate ones, those whose conviction protects the abused, the overworked, the unwanted and unloved.

The CTA on this page is a very direct ‘email us’, which works due to the effectiveness of the other pages in the legacy section, such as a ‘How to leave a legacy’ information page and a testimonial from a benefactor. The content on these pages allows the reader to make a firm decision about leaving a legacy while on the website.

As well as showing that others are leaving legacies to the Donkey Sanctuary, and thus encouraging donation through a feeling of inclusion, the wording on this testimonial page highlights that legacies of any amount are gratefully received:

I’ve decided to leave The Donkey Sanctuary a bequest in my Will. My family will come first, but then I’m planning to leave what’s left to charity.

However small my contribution, I am made to feel that ‘every little bit helps’.

It’s clear that charities can use a number of tactics such as using a financial copywriter to encourage people to donate. Knowing the way your potential supporters feel and how to persuade them to get involved is key in creating effective copywriting for charities.

As a copywriting agency, WooContent can offer advice on charity copywriting that leads to support, so get in touch today to find out more.