What Facebook’s updates mean for your business

Facebook has had a particularly busy start to 2018, announcing a string of updates that have the potential to significantly alter news feeds and advertising. While Facebook’s commitment to improving the user experience seems unwavering, questions remain around what these changes mean for brands and businesses.

Those that have long relied on the platform as a means of promotion and a way to engage directly with consumers are likely to feel the impact most. But what exactly has been announced, and what do Facebook’s updates mean for your business in 2018?

Perhaps the biggest update of all came in January, when Facebook announced it would be rolling out an amended news feed algorithm that favours content from friends and family, as opposed to brands, businesses and news outlets. In a seemingly direct response to the criticism the platform has faced around the ‘fake news’ controversy, founder Mark Zuckerberg outlined the plans in a blog post at the beginning of the year. 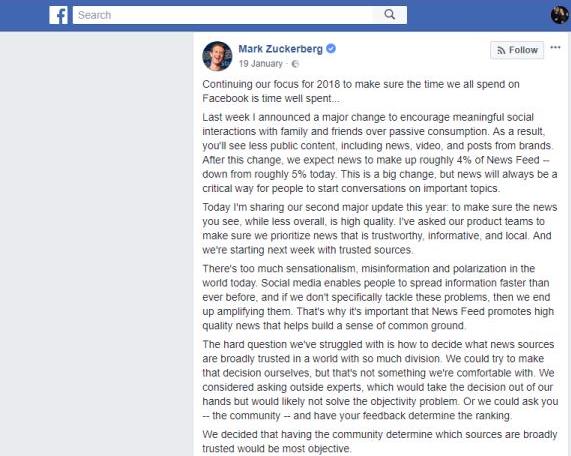 “You’ll see less public content, including news, video and posts from brands”, Zuckerberg explained. “After this change, we expect news to take up roughly 4% of News Feed – down from roughly 5% today”. Such statistics seem small, but consider that 510,000 comments, 293,000 statuses and 136,000 pictures are uploaded to the site every minute, and it becomes clear just how significant this percentage drop will be.

Another update was announced last month that has potentially big results for brands and advertisers using the platform. Facebook plans to remove as many as 20 metrics from their business analytics pages, deeming them to be “redundant, outdated, not actionable or infrequently used”.

Facebook has marketed the plans as a step towards increased transparency for brands and business owners, giving users the tools needed to hone in on the metrics that really matter. Regardless of your feelings towards the removal of long-standing metrics such as page mentions and social impressions, the update serves as another sign that Facebook is radically altering its approach towards businesses that use the platform.

What the updates mean for businesses

While every business is likely to view the changes differently, there’s no shying away from the fact that they promise to have a significant impact across all sectors.

John Ridding, Chief Executive of the Financial Times, criticised the update, commenting that “quality content will no longer be an option” if no sustainable solution is found to the problems posed by the rise of so-called ‘fake news’. Instead of the changes proposed, Ridding suggests implementing “a valuable subscription model on platforms that enables publishers to build a direct relationship with readers and to manage the terms of access to their content”.

In many ways, the updates mirror changes that are happening across the wider web. Search engines including Google have been taking steps to promote quality content that’s of the highest value to its audience. Facebook is following suit in its attempts to put user experience front and centre, adopting a mantra of ‘quality over quantity’ with regard to the content they promote.

In theory, brands who actively create engaging, shareable content should still be able to thrive under the new algorithm, however there are of course some additional limitations to consider. Posts that encourage organic engagement are still likely to perform better than those that don’t. However, getting the content seen in the first place is likely to pose a bigger problem than before.

How to make the updates work for you 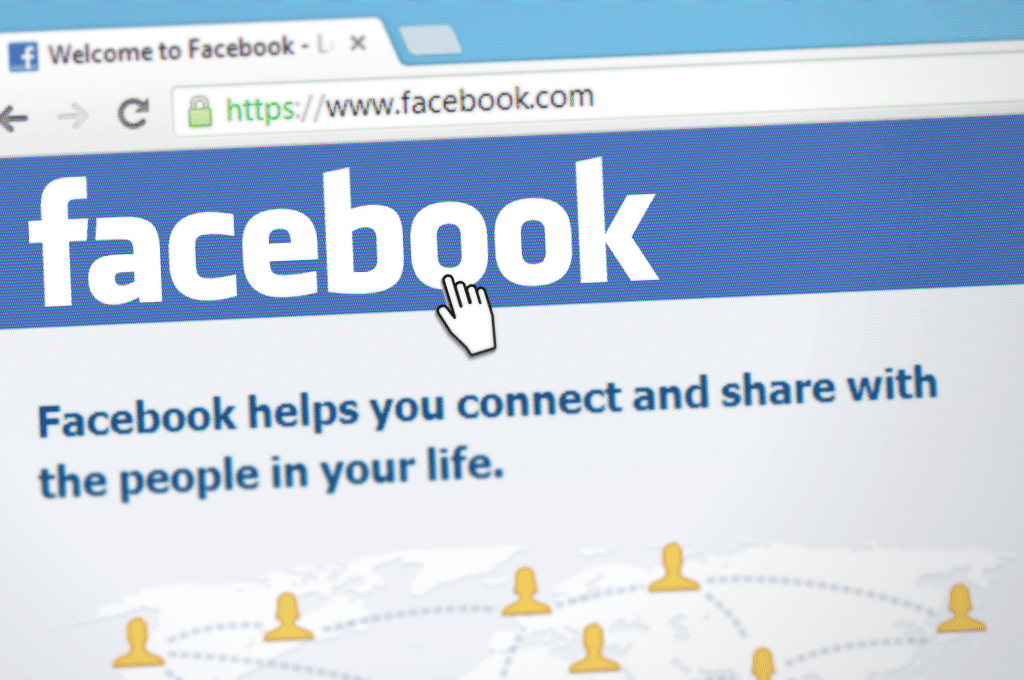 For more information or to discover how Ad-Rank can help to protect the interests of your business, get in touch today.