The start of the festive season is an inherently busy time for the digital marketing industry. From Snapchat updates to controversial Christmas ads, here’s a look at the biggest news in SEO, content marketing and digital PR this November.

Google hones in on mobile shopping results this festive season

Google has announced new mobile features in a bid to help users nail their Christmas shopping. The aim is to enhance the overall shopping experience for mobile users – bringing the most essential product information to the forefront of SERPs. “We recently redesigned mobile shopping on Google” writes Jennifer Liu, Product Management Director of Google Shopping. “Click the “Quick View” button in the Google Shopping ad to preview details like a bigger image, product description, reviews and seller rating”.

Detailed buying guides and improved related search results are just some of the other ways the search engine is helping mobile users to shop smarter this festive season. Users will also be alerted when newer models are available for specific products, taking some of the guesswork out of shopping for the latest tech.

Snapchat is the latest platform to capitalise on promoted content, giving business users the chance to advertise products and services using the ‘story’ format. ASOS is among the first to sign up for the feature in the UK, which will allow advertisers to create three to ten individual ‘snaps’, to be promoted to users across the platform. 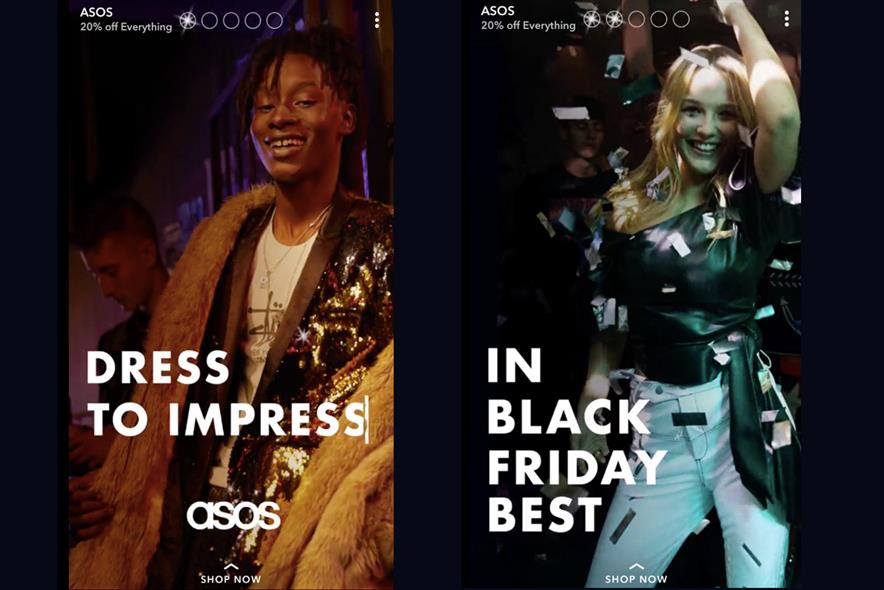 Promoted stories combine the enhanced reach enjoyed by Snapchat business users with all the benefits of the Snapchat story feature. Stories can be viewed any number of times over a 24-hour period – a premise that Snapchat hopes will once again engage big-name advertisers with the brand.

The battle for top Christmas ad has become as traditional as pigs in blankets, and 2017’s offerings have certainly delivered by way of talking points. Sainsbury’s, Debenhams and Pandora are among the brands using big-budget Christmas ads to compete for our custom, with the combined production spend expected to reach the £6bn mark this year.

Digital advertising is big business – and never more so than around the festive period. The brand often accredited with starting the big-money campaign trend is John Lewis, which this year introduced consumers to Moz; an unthreatening monster who lives underneath children’s beds.

The ad has been at the centre of numerous controversies since its release, including an accusation of plagiarism from Chris Ridden, author of 80’s children’s book Mr Underbed. It’s perhaps just one of the reasons behind the £1m festive campaign being voted the least memorable John Lewis ad in five years. 2016’s offering, Buster the Boxer, remains the most popular.

It’s better news for competing retailers however. Recent figures from Realeyes rank Gogglebox Meets Coca-Cola as the ad that viewers felt the strongest connection with. Also ranking in the top 4 are Vodafone, McDonald’s and Marks & Spencer, whose collaboration with Paddington Bear appears to be thrilling young and old viewers alike.

Facebook’s venture into all things VR is nothing new, in fact the search engine giant has been investing in 360° video functionality since summer 2016. This month however, things were taken up a notch with the testing of VR experiences that can be accessed directly from standard news feeds without the need for a specialised headset.

The first content of its kind is an interactive 360° video scavenger hunt, created with Sony to celebrate the upcoming cinema release of Jumanji: Welcome to the Jungle. “We were blown away with the technology and the fact that it could be easily accessed on a platform people use every day”, explains Elias Phiser, Sony Pictures’ Vice President of Digital Marketing. 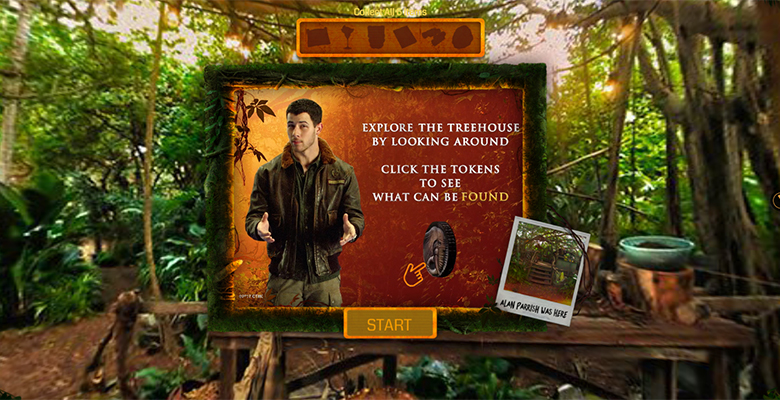 Co-developed by Avatar Labs and the Facebook Creative Shop, the experience has been designed with the aim of making interactive virtual reality accessible for everyone – simplifying the VR process with the aim of building a fully immersive experience moving forward.

Google is leading a crackdown on brands and publishers using event markup in a way that may be misleading to consumers, in turn negatively impacting user experience. The search engine is threatening manual action against any company seen not to comply with present guidelines. Forecasters suggest penalties may include suspending a website’s ability to show up in rich snippets moving forward.

Examples of misleading event markup include websites promoting deals and discounts as an event. Within Google’s guidelines, the company states that event markup should only be used for events which meet their requirements, excluding short-term promotions, coupons and vouchers. For more information on the do’s and don’t’s of event markup, check out Google’s guidelines.

To find out what other areas of digital marketing could impact on your business, get in touch today.